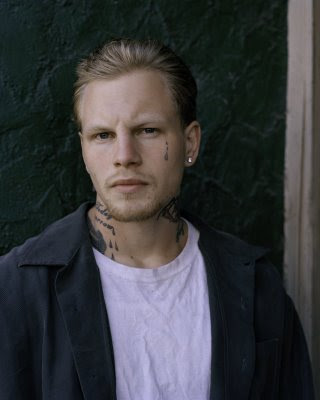 I spotted Jacob on the section of Main Street that passes through the middle of downtown Binghamton. I thought he might be waiting for a bus, but when I asked him if I could take his picture, he said he had time. He said he wasn't doing anything - just looking for a job.

We started walking down Main Street together, across the river and past the high school, into a seedier part of town where drunk war veterans sit on stoops outside homes and teenagers in bulky jackets meet on corners. Jacob told me they call this "The Strip" and at night, you can see prostitutes and drug dealers.

When I told Jacob that I live in Brooklyn, he told me he planned to move there someday. He said he had friends in the Heights and he had some idea of what neighborhoods you could actually live in. He thought he might have better luck getting a job in a bar or a restaurant and he might feel less alone in the city. Binghamton felt small to him, and sometimes there was no one around and nothing to do. He said you could fit everyone out on the street in Binghamton onto one block in Manhattan.

I asked him if he tried to get a job in a bar or a restaurant in Binghamton, and he said he'd have to work in the back - washing dishes or something - on account of his tattoos. Then I asked if he could do anything, what would he do.

Jacob told me his dream job was to be a construction worker. I wondered how hard it could be for a strong and strapping twenty-year-old guy like Jacob to find a construction job, and he said, "It's harder than you'd think."

I asked about his family, and he said they had their own problems and he didn't lean on them for help too much. His parents lived in Florida and he had a brother in Binghamton. When I wondered aloud if he was ever tempted to use drugs, he said, "No, that stuff will mess you up real bad."

When we passed a launderette, Jacob said he'd like to buy one of those. He thought you could make a lot of money off those coin machines.

We talked about the election and if the economy might change for the better. He wanted to know who I planned to vote for and when I told him Obama, I held my breathe to see how he would respond. He said, "Yeah, I'd vote for him too."

Before we said goodbye, Jacob looked me over and asked, "Is that the hippie look or just the laid back look?"

I said I definitely didn't consider myself a hippie, so I guess it was the laid back look.

He also wanted to know what I was taking these pictures for, what I was trying to do. I told him I was interested in the struggle of being his age in a place like Binghamton.

I gave him my card and asked if he had an email address so I could send him a photo. He said he was planning to set up a yahoo address at the library, and this week, I got a message from "Joker B".

When I mentioned Jacob to my girlfriend, I said," He wants to live in New York City."

"Don't they all," she replied.

I am leaving for Binghamton again tomorrow. I voted yesterday at the Board of Elections and I plan to celebrate Obama's victory on a late night bus back to New York City on Tuesday that makes a stop in the Greyhound Station in Scranton, Pennsylvania - Joe Biden's hometown.

I hope I see Jacob again - to take more pictures, perhaps, or simply to see how he is doing.
Posted by Tema Stauffer at Friday, October 31, 2008 7 comments: 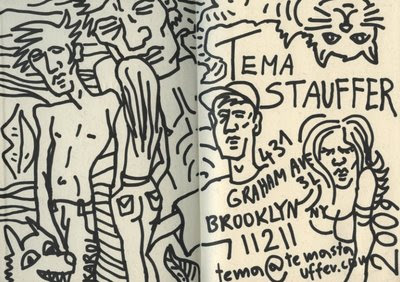 Pawel and Karol left for Poland today and they will be missed! I loved waking up to the sound of two boys murmuring softly in Polish in the middle room and all of us drinking coffee together in the mornings. Every year, I start a new journal with names and addresses and random notes, and my goal is to ask a different artist to decorate the first page with my own information in case it ever gets lost and someone is nice enough to return it to me. So Karol left me with this cool drawing to break in the journal for 2009. Karol covers entire walls of rooms and galleries and subway stations with these drawings, bringing to mind the work of Keith Haring.

Having Pawel and Karol as guests was so much fun, it occurred to me mention that I have a room to rent very cheaply to people passing thru New York City. So if anyone reading this knows someone who needs a place to stay for a few days or a few weeks at a time, and doesn't mind the limited privacy of a railroad apartment, please put them in touch with me!
Posted by Tema Stauffer at Sunday, October 26, 2008 2 comments: 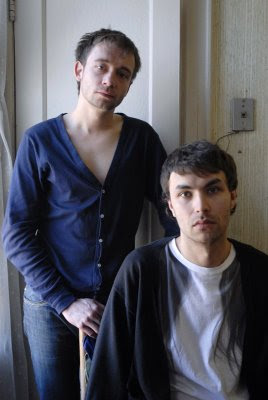 I had two house guests this week, Pawel and Karol, making their first trip to New York City from Warsaw, Poland. They are in town sharing their publication, DIK Fagazine, at The NY Art Book Fair. DIK Fagazine is "the first and the only magazine from Central and Eastern Europe concentrated on homosexuality and masculinity," and I have learned a bit from these two smart and lovely men about how much harder it is to be openly gay in Poland and about the necessity of creating a stronger and more visible community.
Posted by Tema Stauffer at Saturday, October 25, 2008 No comments: 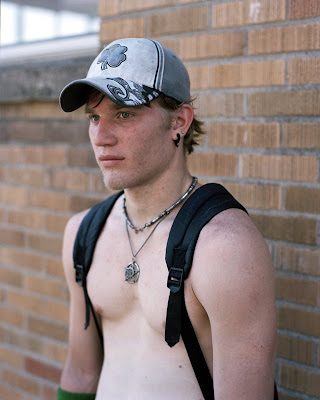 If anyone is a maverick, it's probably Jonathon. Jonathon struck me as the kind of guy who I might have gravitated towards as a cover boyfriend when I was in high school. The combination of his sexy rebel looks and inwardness, his gentleness and sensitivity. The kind of guy who fills cheap note books with private thoughts and poetry. The kind of guy who makes you want to hide out in a treehouse with a litter of stray puppies.

After I took his photograph, Jonathon actually thanked me politely and shook my hand. He was wearing those fingerless leather gloves that felt rough, except his fingers in contrast were super soft.

It looks like I am jumping on a bus tomorrow to head back to Binghamton in hopes of finding more sad young men and one happy girlfriend. If only it were warmer, and we all got to wear less clothes.
Posted by Tema Stauffer at Saturday, October 18, 2008 1 comment: 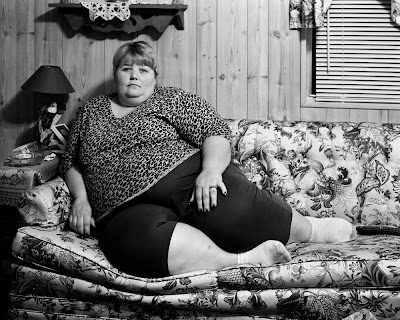 This Wednesday, an exciting and timely show opens at the Bond Street Gallery curated by the gallery's new director, Amani Olu. In light of our current political and economic climate, Revisiting America aptly draws from work by a number of talented American photographers who have examined relevant themes of consumerism, corporate development, technology, manufactured landscapes and what remains of small town America.

One of the photographers whose work is included in the show is both my friend and current teaching assistant at the ICP, Timothy Briner. I have been avidly following Tim's Boonville blog since he set off last summer to explore small towns called Boonville across the country for nearly a year. Part of what makes Tim's blog so compelling is the combination of his passion and sincerity, as well as his ability to share the internal and emotional process of making a body of work. Five prints from his Boonville project will be exhibited for the first time on Wednesday, and I am excited to see some of the fantastic results of his labor.

The opening of Revisiting America falls on the night of the final debate between McCain and Obama, so I plan to get there early to begin a long night of absorbing the complex and unsettling state of American life. I noticed in the last debate that Barack Obama quoted George Bush after 9/11 encouraging Americans to shop, a sinister statement also noted by another participating photographer, Brian Ulrich, when he talks about the motivations behind his series, Copia/Retail, which depicts zombie-like shoppers in big-box stores.