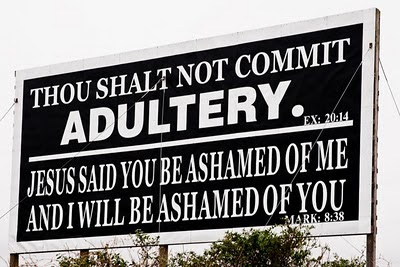 Thank you to one of contemporary photography's greatest enthusiasts, Ruben Natal- San Miguel, who worked tirelessly though the holidays towards curating an upcoming exhibition, Versus, opening on January 7th at Hous Projects, as well as our current Feature Issue 34 on culturehall. David Andew Frey and I asked Ruben to suggest four photographers for us to invite to submit portfolios to the site. He selected work that he felt communicated strong messages and reflected the direction of the medium in the new year.

More of Ruben's steady stream of thoughts and passions can be found on his blog: ARTmostfierce
Posted by Tema Stauffer at Wednesday, December 30, 2009 1 comment: 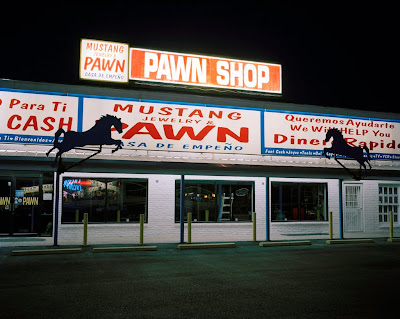 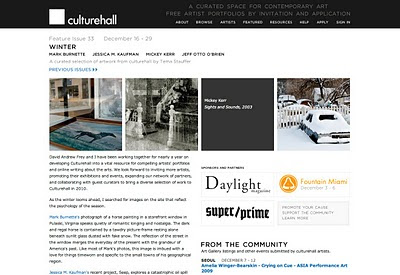 David Andrew Frey and I have been working together for nearly a year on developing culturehall into a vital resource for compelling artists’ portfolios and online writing about the arts. We look forward to inviting more artists, promoting their exhibitions and events, expanding our network of partners, and collaborating with guest curators to bring a diverse selection of work to culturehall in 2010.

As the winter looms ahead, I searched for images on the site that reflect the psychology of the season.

Mark Burnette’s photograph of a horse painting in a storefront window in Pulaski, Virginia speaks quietly of romantic longing and nostalgia. The dark and regal horse is contained by a tawdry picture-frame resting alone beneath sunlit glass dusted with fake snow. The reflection of the street in the window merges the everyday of the present with the grandeur of America’s past. Like most of Mark’s photos, this image is imbued with a love for things timeworn and specific to the small towns of his geographical region.

Jessica M. Kaufman’s recent project, Seep, explores a catastrophic oil spill that occurred in a body of water in Greenpoint and Newtown Creek between Brooklyn and Queens, NY and contaminated a neighborhood of big industry and mostly Polish immigrants who began colonizing the area about a century ago. Instead of documenting the impact of the disaster like a reporter, she has created a highly subjective and atmospheric portrait of the area with its sense of history and decay. Shot on a positive/negative Polaroid film that she allows to deteriorate before she makes her prints, Jessica’s photographs possess an enigmatic timelessness. Her untitled image of a Brooklyn stoop carefully decorated with bouquets of flowers and an American flag suggests the vulnerability of our homes and neighborhoods to natural and manmade forces. It looks much like an old snapshot from a family album weathered by decades of chemical erosion.

Photographer, Mickey Kerr, also shot Brooklyn neighborhoods – his, at night buried in snow - as well as suburban streets and residences in his hometown of Kansas City, Missouri. His series, Sights and Sounds, examines the mysterious and seductive nature of nighttime light in depopulated settings. Made with long exposures on large-format film, Mickey’s photographs capture a haunting stillness and absence. With sharp detail and dark shadows, these images seem to both reveal and conceal lurking stories and secrets.

Canadian artist, Jeff Otto O’Brien, recently contributed a portfolio of his work including selections from his series of photographs, Cache Creek, which beautifully depict a stark and dramatic winter landscape. Surrounded by snow-covered mountains spiked with evergreen trees, Cache Creek is home to the Tumbleweed Motel, a diner, tract houses, some industry and rusted automobiles. One gets the sense those cars might not start – the air is fiercely cold and crisp – and the warmest place is a lonely motel room with a flickering blue TV screen. 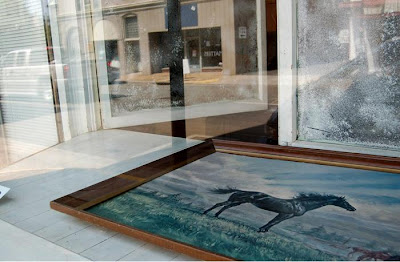 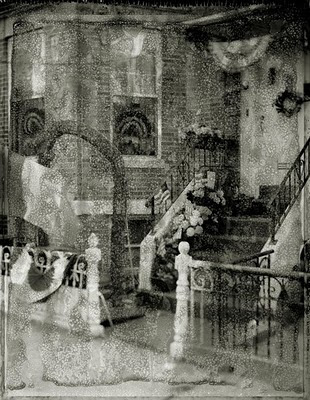 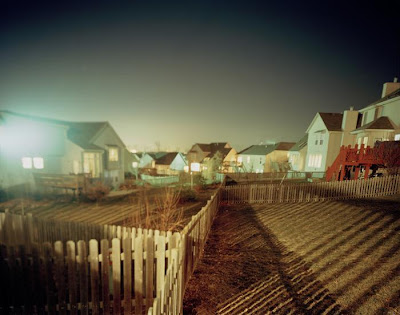 Sights and Sounds, by Mickey Kerr 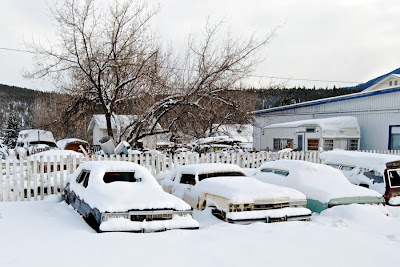 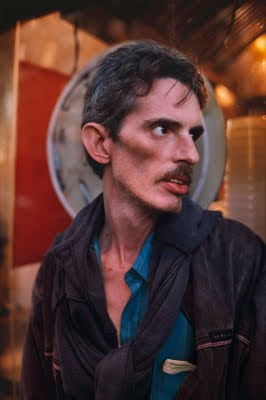 Of all the photography I have seen this fall, the work that has resonated with me the most are portraits by Robert Bergman that have recently surfaced in the art world after decades of the photographer's obscurity. I discovered his work shortly before the opening of his current show at Yossi Milo and was surprised never to have seen it before. His haunting portraits left a deep spell on me in the way that the best kind of artwork can.

I recently asked students in my photography class at William Paterson University to visit a photo exhibition of their choice and come back with a paper about the work to present to our class. One of my students, Kevin Romoser, read a beautifully written and insightful short essay about Robert Bergmans's show at P.S.1. It was so uncanny given my own response to Bergman's work, I took the liberty to share it on my blog.

Perhaps more than anything else, Robert Bergman's solo show, "Selected Portraits" at P.S.1 in Long Island City is an exploration of the human act of looking. In one way, each of the 24 untitled pieces is a standard portrait photograph. Tightly framed, classically composed and shot with a handheld 35mm camera in natural light, the portraits refer back to a rich history of anonymous portrait photography. They have the pathos of Dorothea Lange's Depression-era series and the haunting atmosphere of Diane Arbus' work. However, Bergman's work accomplishes its mission of conveying the depths of human experience with a refined subtlety, relying on mood-evoking color and most importantly, the human stare.

Some of Bergman's subjects stare directly into his camera, or perhaps more accurately, directly at the viewer, while some seem to avoid it. Some appear to look right through the viewer, and others still seem oblivious to the presence of the camera or viewer at all. What their gazes all share, though, is profound but not overwrought expression. There is always emotional conflict; slight smiles betray forlorn eyes. And every subject conveys a sadness that is not maudlin. It could be the sadness of the acceptance of a burdened life. Or maybe, it is a yearning for the sense of connection that they have found in the momentary click of the camera.

The momentary nature of photography is important in Bergman's work because through the captured instant, the subjects' expressions tell of lifetimes. The photographs speak intricate stories whose details remain mysterious. The lives of his subjects are full, dimensional lives, complete with disappointment and promise. There is very little about the settings or the subjects' dress that indicate the particularities of their lives. But ultimately, for Bergman, these particularities are unimportant. It is the empathy and the connection between subject and viewer that give these portraits their poignant, haunting power. 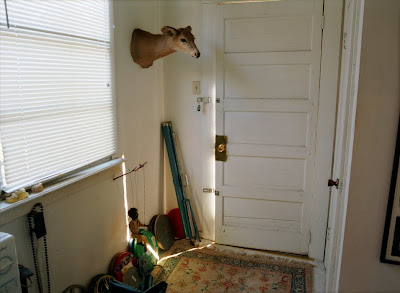 I have donated a large framed print of the image above to the Camera Club of New York's Silent Photo Benefit Auction which will take place on Wednesday at Calumet Photographic's exhibition space.