Jessica Stern, Director of Programs at The International Gay & Lesbian Human Rights Commission, is quoted in an article published in The Washington Post on Sunday December 19th discussing a vote today at the UN.

According to Anita Snow of The Associated Press:

A culture war has broken out at the United Nations over whether gays should be singled out for the same protections as other minorities whose lives are threatened.

The battle will come to a head on Tuesday when the General Assembly votes to renew its routine condemnation of the unjustified killing of various categories of vulnerable people.

It specifies killings for racial, national, ethnic, religious or linguistic reasons and includes refugees, indigenous people and other groups. But the resolution, because of a change promoted by Arab and African nations and approved at committee level, this time around drops "sexual orientation" and replaces it with "discriminatory reasons on any basis."

The U.S. government says that it is "incensed" at the change, as are the gay rights campaigners. 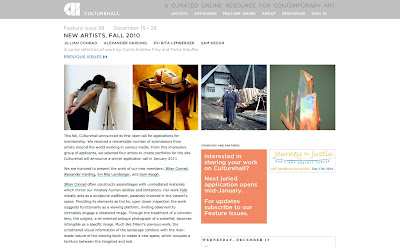 Congratulations to culturehall's four new artists: Jillian Conrad, Alexander Harding, Evi Rita Lemberger, and Sam Keogh. Their work was selected by David Andrew Frey and myself from our first open call for applications for membership on the site.

Congratulations to my friend and colleague at William Paterson University, Robin Schwartz, who will lecture about her work tonight at the School at the International Center of Photography. 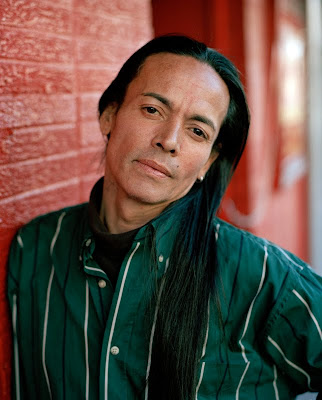