Other Places at CCNY 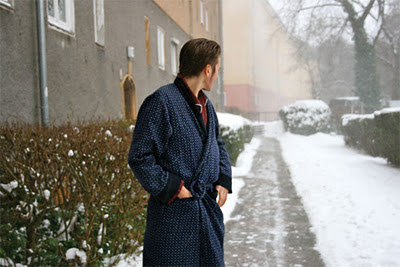 The exhibition at the Camera Club of New York stems from Culturehall Feature Issue 60 published online in January 2011. This issue drew connections between contemporary artists whose work in photography focuses on identities, relationships and environments defined by unconventional expressions of sexuality and gender. As the idea of realizing an exhibition of this work at CCNY evolved, the original group of artists expanded.

Other Places brings together different generations of international artists whose photographs contribute to a dialogue about individuals and communities—past and present—existing in social and political margins based on sexuality and sexual identity. A selection of work by five artists from the United States, Mexico and Germany serves as a foundation for examination of each of their larger series and continuing practices.

Los Angeles-based artist Kaucyila Brooke documents the history of lesbian bars in cities and towns across the United States and Europe. This ongoing project, The Boy Mechanic, has been exhibited at galleries and museums around the world throughout the past decade. Other Places includes Brooke’s two-sided offset poster originally produced for exhibition at the Museum Ludwig in Cologne, Germany, depicting photographs of the sites of seventeen former and three current bars, along with narrative descriptions of her encounters with owners and patrons of these establishments. The photographs, videos, maps and text of the larger project create a historical record of lesbian bar culture and assert the significance of these social spaces and the recollections of those who participated in them.

Doug Ischar produced a series of photographs documenting a community of gay men who congregated on a Chicago beach in the mid-1980s. Two of the twenty-six images comprising Marginal Waters are included in the exhibition, and the entire series is reproduced in a catalogue published by Golden Gallery accompanying the first exhibition of prints in 2009. The images convey the relaxed intimacy and open expression of sexuality at the Belmont Rocks, one of the most visible urban gay beaches in North America nearly a quarter of a century ago. Omar Gamez similarly photographs environments where gay men gather to celebrate their physicality and to create bonds without inhibitions. His Natura series provides an insider’s view of a nudist retreat near Mexico City—a weekend meeting spot for men to engage in bare-fleshed communal revelries.

Embodiment: A Portrait of Queer Life in America by Molly Landreth reflects a cross-country journey over the course of more than half a decade photographing gays, lesbians, bisexuals and transgender people of various ages, races and economic backgrounds. Two portraits from this study of what it means to be queer in America today focus on Cruz, aka Jalessa, performing drag for the first time in a backyard in Columbus, Ohio, and Clare Mercy, a truck driver and musician perched on the back of her car in Bellingham, Washington. Berlin-based artist Kerstin Honeit, in Becoming 10, explores gender construction through a series of photographs in which she assumes the identities of nine half-siblings whom she has never met. The images appear as film stills of everyday urban scenes in which Honeit performs a cast of vivid male and female characters.

In conjunction with the exhibition of Other Places from November 9 – December 10, 2011, additional images and information about the participating artists will be available through their Culturehall portfolios. Also as part of the Other Places exhibition, CCNY presents a talk with artist Molly Landreth, with an introduction by curator Tema Stauffer on Friday, November 18 at 7pm at the CCNY Studio. Landreth will present work from the Embodiment: A Portrait of Queer Life in America series, as well as other bodies of work.
Posted by Tema Stauffer at Saturday, November 05, 2011